Rise of the Mutants 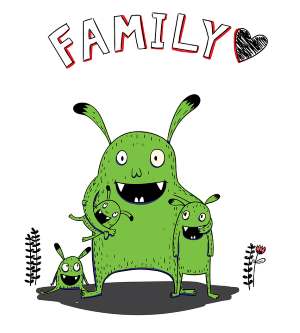 Rise of the Mutants

Covid 19, having acquired more than enough Greek characters to its nomenclature than an unneighborly frat house, has moved onto hot hatch or I phone performance upgrade lingo by way of the XE variant. Still, it’s better than the previous naming system based on the country that it may or may not have arisen from, that was doubtless subjected to travel bans. At times new iterations of Covid 19, had been heralded with foreboding, perhaps as a reaction to prior complacency or the political utilization of fear is a low-cost instrument of behavior modification. With reports of its increased rapidity of spread, new variants might allow the virus to escape the attentions of an immune system that has been primed by prior vaccination and infections. There has at times been a sense of fear that we might be collectively taking a backward step; that hard gained viral immunity might wane rather than accumulate. A new variant is also a get out jail card for any policy maker, that might allow them to escape scrutiny- after all its fair to say that it could not have been anticipated or could it have? Why is there rising debt? - new variant, why is the economic growth poor? - new variant, why are there so many cases? - new variant. Why is anything not working? yes, you’ve guessed it- new variant. It’s a convenient national villain, a scapegoat for everything. Despite being essential for survival, genetic variation or mutation is a somewhat pejorative term, be it natural or manmade (Genetically modified or GM). Mutants in film are monsters or aberrations, perversions of the natural order, borne out of radioactivity or insect bites, and always purvey a fear the unknown, a fear of change and a fear of the future, (like it never happened in the past). Yet the process of change, adaption and variation has always been essential for our own survival. We are all mutants; our parents are mutants, and our children are mutants. Though there are some designs that never seem to change like the quite Jurassic crocodile. Somehow life is a tiny flourish of increasing order and complexity set in a vast dead universe succumbing to increased disorder and thermodynamics decay. There is nothing per se that makes genetic mutations a one way process as the causative environmental stressors might be applied cyclically in time, though living DNA, the history written by the winners, has a curiously long memory, recording otherwise long forgotten victories, as demonstrated by the mysterious nature of redundant metabolism- why do so many plants make chemicals that seem to be of no benefit to their own survival but form the foundation of the whole of pharmacology, from antibiotics to analgesics? In a pandemic the virus is believed to evolve to become less deadly. Unlike a crocodile, Covid 19 does not want to kill you, it just wants to reside in your cells. In fact killing the host would slow its spread, due to more extreme quarantine measures being introduced, though this process of disease mellowing could be reversed by well-meaning, but as far as PPE is concerned, poorly equipped healthcare systems where all the sickest patients with the most deadly variants spread the disease through increased people contact in hospitals. Early in the pandemic there were ill conceived Covid parties where people aimed to spread the disease to boost immunity. It is possible that a natural or manmade Covid variant with low pathogenicity, spreading through infection rather than inoculation, could act like a vaccine against a more virulent infection, much like the original Cowpox inoculation acting as a Smallpox vaccine developed by Edward Jenner. It might be time to celebrate the mutant after all.

The Flemish Renaissance Movement and Its Key Artists What distinguishes Science from Non-Science Gut health- why it matters The NHS in crisis Clinical or statistical significance- why not both?